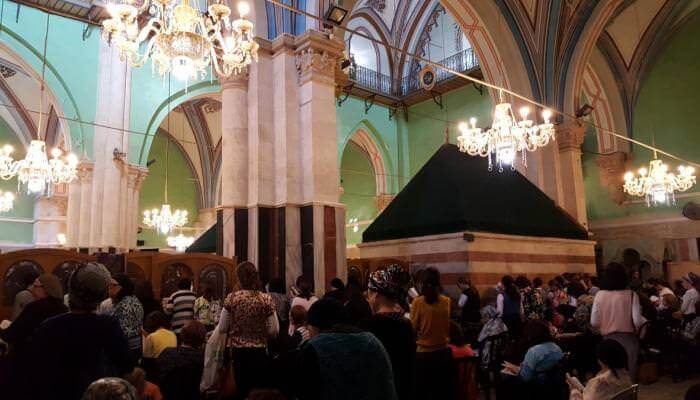 The Isaac & Rebecca Hall was open for the special first-of-the-month ceremonies.

Over 10,000 people visited Hebron on Thursday for the 1st of Elul. The Hall of Rebecca and Isaac was open for Jewish prayer, an occurrence which takes place ten days a year. Buses streamed to the holy city throughout the day as people devoted their time to prayer and introspection at the resting place of the Biblical Matriarchs and Patriarchs: Sarah and Abraham, Isaac and Rebecca, and Leah and Jacob. Others admired the impressive construction of the edifice erected by King Herod 2,000 years ago as a memorial to the Patriarchs and Matriarchs.

The day preceding the first day of Elul is called “Hilulat Avot” – the commemoration of the Patriarchs. Elul marks the beginning of Slichot. The prayers of penitence usher in the High Holiday season which begins the next month with Rosh Hashana. Prayers for Yom Kippur Katan, or small Yom Kippur were recited as well.

People wandered through the monumental structure, taking in it’s unique ambiance as impromptu groups formed prayer quorums. The Ohel Yitzchak v’Rivka, as it is called in Hebrew, is the largest room in the complex. Situated in the middle are the cenotaphs, or memorial markers for Isaac and Rebecca, their actual tombs being deep below in the double cave. Crowds gathered in front of the small hole that drops into the cave to feel the breeze that emanates from the caverns below. 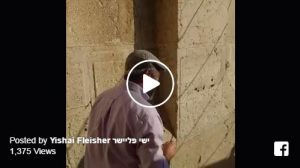 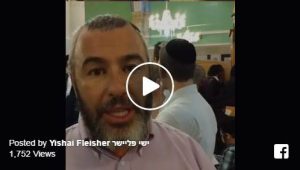 Elul services at the Tomb of Machpela is a tradition dating back generations. The rotation agreement with the Muslim Waqf stipulates that Jewish and Muslim worshipers each have exclusive access to the entire complex ten days a year. The rest of the year the complex is divided into Muslim and Jewish portions, the Isaac and Rebecca Hall being on the Muslim side. Also on this side are the entrances to the caves, now inaccessible.

The days reserved for Jewish prayer generally correspond to holidays such as Rosh Hashana, Passover, Sukkot, Parshat Chaya Sarah, etc. when tens of thousands of Jewish visitors come to Hebron. The Muslim-only days coincide with their special month-long holiday of Ramadan.

Also open on this day is the Tomb of Abner Ben Ner. The underground room has been a site of prayer for generations and corresponds to the Bible’s description of Abner’s death during the days of King Saul. Writers throughout history have referenced visiting the grave of Abner, next to the Machpela Cave, just as it is situated today.

According to the writings of D. Avishar, a resident of Hebron in the early 1900’s, Hebron was a place of Elul pilgrimage for generations. He wrote:
“The month of Elul in Hebron brought with it hundreds of visitors from afar. The first to arrive, by foot, would be the young men from Tsor, Sidon and Damascus. When the visitors would reach the out-skirts of Hebron, the youngsters and community leaders, singing joyously, would go out to welcome them and accompany them to the community inn. The visit of the young men would bring great joy to the Hebron community. During the day the visitors would pray at the Cave of Machpela and other holy places in the city. At night they would dance and sing, and the entire community would come to the inn to participate in the festivities.” 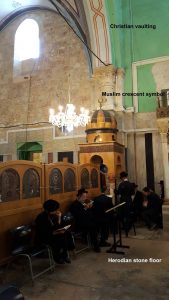