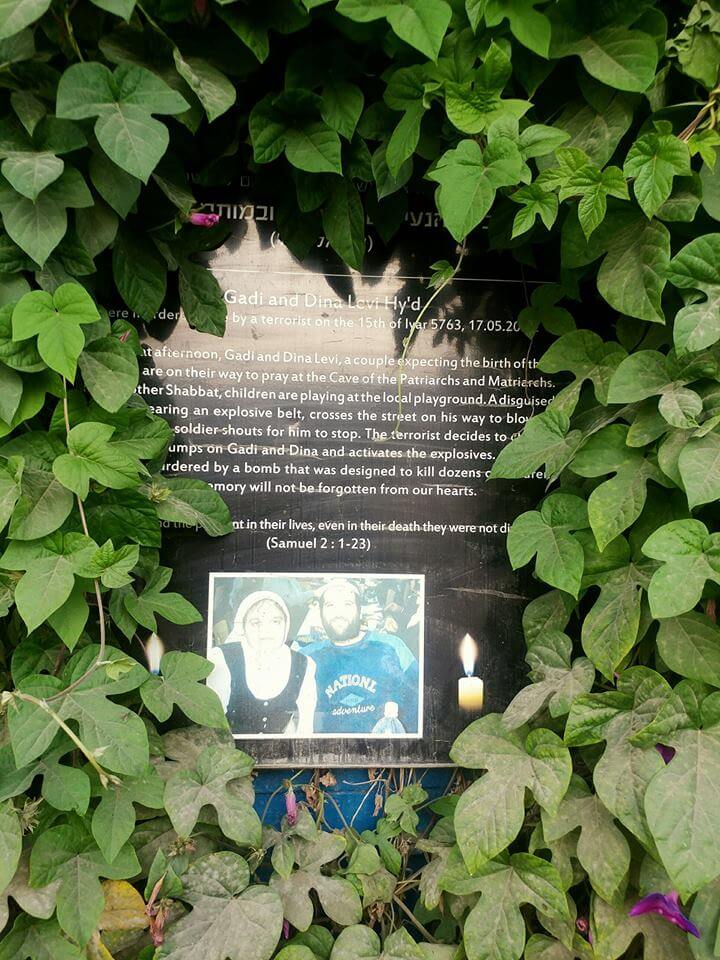 May 17th, 2018, marks 15 years since Gadi and his pregnant wife Dina Levy were murdered by a terrorist on King David Street (Shuhada Street) Hebron.

“I did not know Gadi well, but you could not help liking this man.

For several years he lived with his wife Dina in Kiryat Arba. He found his livelihood at the local supermarket and as a delivery man. He and Dina had a difficult life, and this was a second marriage for both of them. Despite all this, Gadi always had a big smile, working with dedication while humming to himself a happy melody and greeting everyone with a friendly “shalom (hello).” His favorite part of work was making deliveries to the local neighborhoods.

On Saturdays, the couple used to pray at the Tomb of the Patriarchs and continue on a quiet Sabbath stroll through the neighborhoods of the City of the Patriarchs. It was on one of these Shabbat walks as the sun was already going down that a large group of children were walking by going to a seudat shleesheet meal.

At the same time, a terrorist dressed in a white Shabbat shirt jumped over the wall of the nearby Muslim cemetery and begins a quick walk toward the group of children, who do not notice him.

‘Yalla, we’re late!’ One of the boys suddenly called out and the whole group started running forward.

The terrorist, who came from the direction of the Abu Sneineh neighborhood, not an area where Jews usually hang around, raised the suspicion of the IDF soldiers stationed in the area. They called on him to stop, but he only increased speed and progressed towards the group of children. When he noticed that the children were running away, he abandoned them, turned to the Levy couple and activated a powerful explosive belt hidden under the white Shabbat shirt.

Every year since then, a seudat shleesheet, a third sabbath meal, has been held on this Shabbat, in Gadi and Dina’s memory. Many residents of Hebron, men, women and children participate in the meal, and Gadi’s parents, make sure to come every year.

Remember the fallen, bless the miracles and pray that we will never need any more.”