And Moshe Gave the Gilead to Machir the Son of Menashe

Elijah is identified, according to our Sages as the same figure as Pinhas of last week’s Parsha, which means that he is also the slayer of Bilam, according to our Sages, in the battle of Midyan in this week’s Parsha. According to the Arizal, Bilaam is Laban, the initiator of the covenant between him and Yakov at Gilead, called such in order to depict the treaty formed between Yakov and Laban through a mound – ‘gal’ (hence ‘Gil’) to produce a testimony – ‘ed’ (hence ‘ad’) – between them.

The content of this testimony was that ‘neither you nor me pass this mound for evil’. Of course, the identification of Laban with Bilam shows that Bilam did not keep his side of the agreement as he indeed crossed this mound and went to the encampments of Israel next to the Jordan to curse them and cause evil upon them. Not only this, but our Sages identify the advisor of Pharaoh who devised the murder of Jewish boys in Egypt as being none other than Bilam himself. Commentators identify the ‘look-out’ post in Gilead where this treaty was formed as being the same place as ‘Ramot Gilead’ – ‘the Heights of Gilead’, which is later designated as one of the three Refuge Cities on the Eastern Bank of the Jordan. Upon this location the Torah mentions Laban’s words: ‘and this look-out post that is said, HaShem shall look out upon us that we shall hide from each other.’ Indeed, we may see these words as hinting to the designation of this location as a Refuge City, where the negligent man-slaughterer is ‘to hide from the other’, the ‘avenger of blood’, who has the right to avenge the blood of his relative killed by this person in all locations, except for the Refuge Cities, the Levite Cities and the Altar of the Temple.

Therefore, it seems so be-fitting that it is Pinehas/Elijah of Gilead who is the one to lead the ‘battle of avengement’ against Bilam and the Midianites. It is Bilam/Laban who did not keep his word at Gilead by constantly making efforts to destroy Israel, whether by his advice to Pharaoh in Egypt, whether by his attempt to curse Israel, or whether by his advice to the Midianite women to seduce Israel into inter-marriage and idolatry which resulted in a great plague among Israel (Num. 31, 16). Therefore, it is Pinhas/Elijah the Gileadean, and also descendant of Yosef the Righteous, whose birth triggered Yakov’s will to abandon Laban, who was chosen as the ‘avenger of blood’ for Israel by slaying Bilam/Laban. As mentioned in the past, the quality of the Refuge Cities in saving the negligent man-slaughterer seems to take its power from the power of the leading Refuge City Hebron, the City of Patriarchal Mercy for all their offspring, even those of such malignant traits of negligence. Therefore, it is not surprising that Elijah the Galidean, and ‘Angel of the Covenant’ have such a dominant role in the many circumcisions conducted at Maarat HaMachpela. Indeed, this is the City of Covenant, where Avraham was circumcised and this is the City of Covenant where all Israel formed a covenant with King David, the forerunner of the Messiah to be heralded by Elijah.

The fact that Moshe gave the Gilead to Machir the Son of Menashe may also hint to the connection between the Gilead and Hebron in another way. The name Machir can have two meanings, one meaning “to recognize” and the other meaning is related to “selling” – “mechira.” The first and most “recognized” sale mentioned in the Torah is that of the Maarat HaMachpela in Hebron. The numerical value of Machir [+1 for the “kolel” concept in gematria] is also 271 which is the same as that of Hebron in addition to its 5 letters, equaling 271. Our Sages remark that the numerical value of “herayon” – pregnancy, is equal to that of the number of days a pregnancy “classically” lasts, 271 days. These ideas seem to tie the concepts of Machir and Hebron with the concept of pregnancy/gestation. Indeed, we find that David’s rule in Hebron was a preliminary, by wit “gestation” stage, before his main monarchy in Jerusalem. Also, the settlement of Israel in the Eastern Bank of the Jordan and in the Gilead before crossing the Jordan can be likened to a preliminary “gestation” stage of settling the Land of Israel.

“In the Six-Day War an Israel Defense Forces’ vehicle, heavily laden with highly explosive equipment, which had been parked in Jerusalem on a delivery to resupply ammunition to the Israeli soldiers. If the vehicle had been hit by the ongoing Arab shelling, the ensuing explosion would have destroyed several nearby buildings and potentially ended numerous lives. In fact, the vehicle was directly hit by an Arab shell. But the shell did not explode—it merely landed harmlessly atop the Israeli shells stacked inside the vehicle!” https://watchjerusalem.co.il/246-miracles-in-six-days 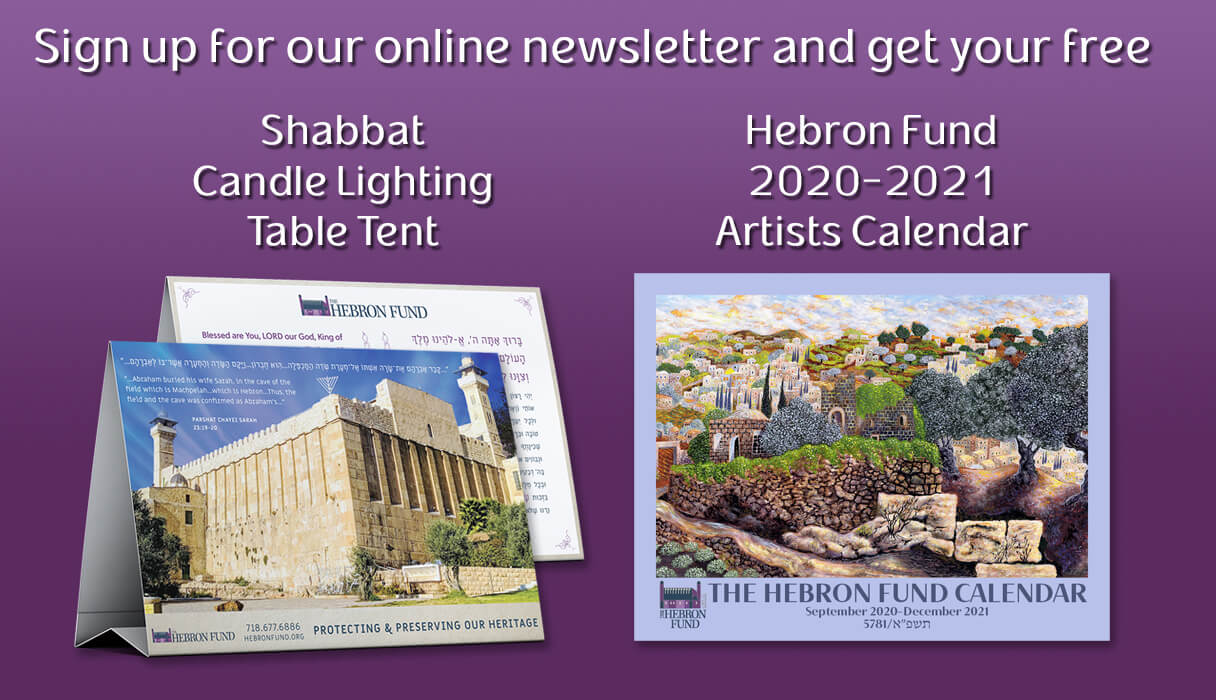 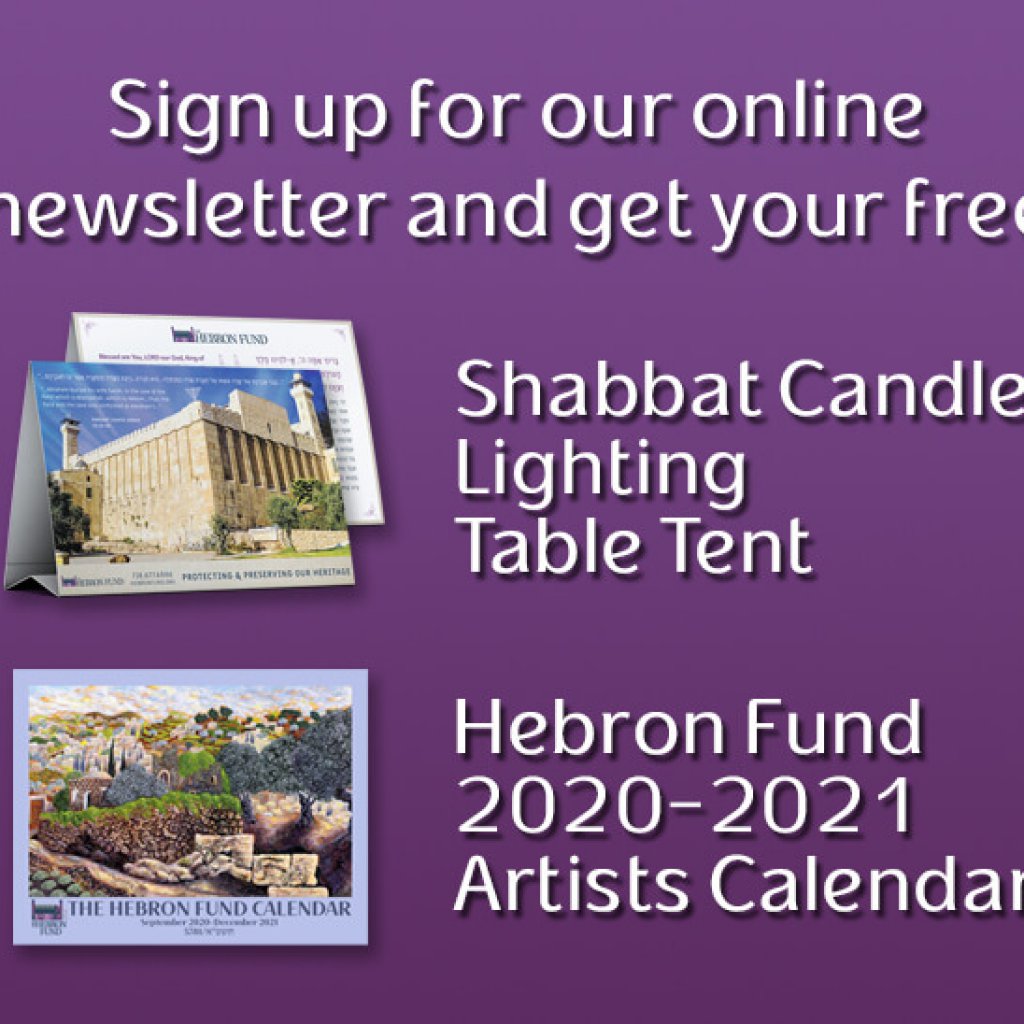