The Jewish community of Hebron mourns the loss of former Defense Minister Moshe Arens. Born in Lithuania, his family escaped World War II by immigrating to the United States where he joined the Betar movement and studied engineering in college. Arens made aliyah to Israel where he served as a professor of aeronautics at the Technion before entering political life.

As Defense Minister in the 1980’s, Arens supported the revival of Hebron’s Jewish community. An August 16, 1984 article in the Washington Post quoted him as stating, “to me, the reestablishment of the Jewish quarter of Hebron is in many ways symbolic of everything that Zionism stands for and everything that Israel stands for, because after all, what is Zionism if not the proof that the acts of destruction, the acts of expulsion, the pogroms that were carried out in the Land of Israel over the years, over the centuries, will not remain the final verdict of history?”

He later opposed the Hebron Accords which divided the city. A Globes article from October 18, 1998 quoting him as saying, “if the Jewish settlement [in Hebron] had been allowed to grow, it would have been possible to expect new residents to join it, willing to build a basis for Jewish-Arab co-existence in the city. But the agreement, which halted the development of the Jewish settlement, damaged the chances of improved relations between the two populations.”

In later years, Arens became a columnist for Haaretz newspaper, known for it’s criticism of Jewish communities in Judea and Samaria. Nevertheless, Arens championed the Jewish settlers in its pages.

In a 2008 article entitled The Real Issue in Hebron he discussed the historic restrictions on Jews in Hebron explaining, “Jews were denied entry to the Cave and were not permitted to ascend beyond the seventh step on the stairs leading to it. During the days of Jordanian occupation the city was closed to Jews altogether. Only after the Six-Day War could Jews pray again at the Cave of the Patriarchs, and the Jewish Quarter in Hebron was reestablished. Were it not for the presence of Jewish settlers in the city, in the Jewish Quarter and in nearby Kiryat Arba, access for Jews to the Cave would probably not have been possible in recent years.”

In an 2011 article called Jews’ Connection to the Land Must Not Be Severed, Even in Hebron he said, “Who are the people, including the editorial writers of this newspaper, who have gone ballistic over the education minister’s announcement that students should be taken on heritage trips to the Tomb of the Patriarchs in Hebron? They seem to have forgotten the very foundation of Zionism: that the Jewish State is located in the Land of Israel just because it is the ancient homeland of the Jewish people, and that the Temple Mount in Jerusalem, the Tomb of the Patriarchs in Hebron.”

The passion Moshe Arens showed for the revitalization of Jewish life is an influence on contemporary and future Israeli leaders. 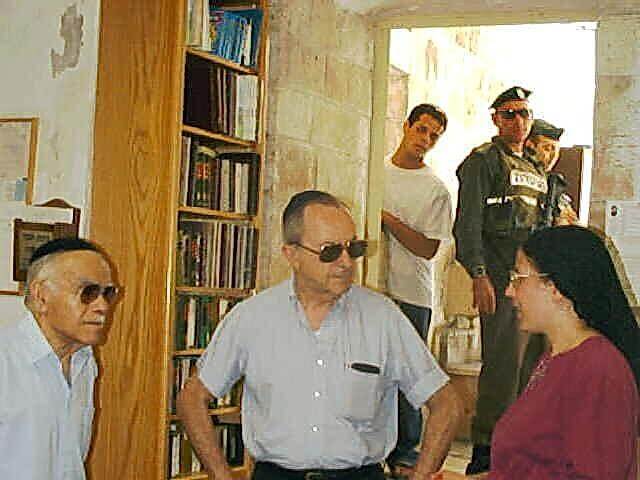