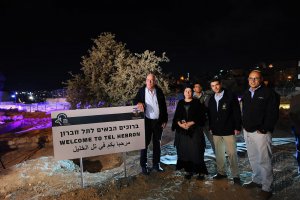 On October 16, 2018, the national archaeological site, Tel Hebron was officially inaugurated. The opening remarks at this historic event were given by Hebron Spokesman, Yishai Fleisher:

There is no doubt that this endeavor will help teach the next generation and connect people from Israel and around the world to the Jewish history that took place here.

The land itself covered the footprints of the past, but it was not the only one. There are those academics argued that there was no serious Jewish presence here during the Second Temple period. And there are interested parties, such as UNESCO, who wanted to erase Jewish history here for political purposes.
But as opposed to them, today we come to uncover the truth, and actually, revive the dead.

Instead of erasing history, together we have gathered to create an educational project that will communicate the eternal connection between the people of Israel and the land of Israel.

We have always loved this land

And from King David to David Ben-Gurion,

And with the help of this archeological park, and we will continue to love and learn, and connect to Hebron forever.” 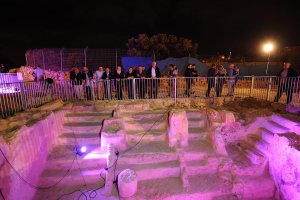 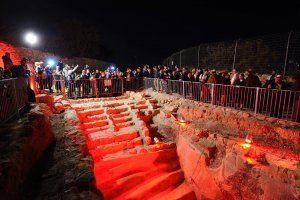