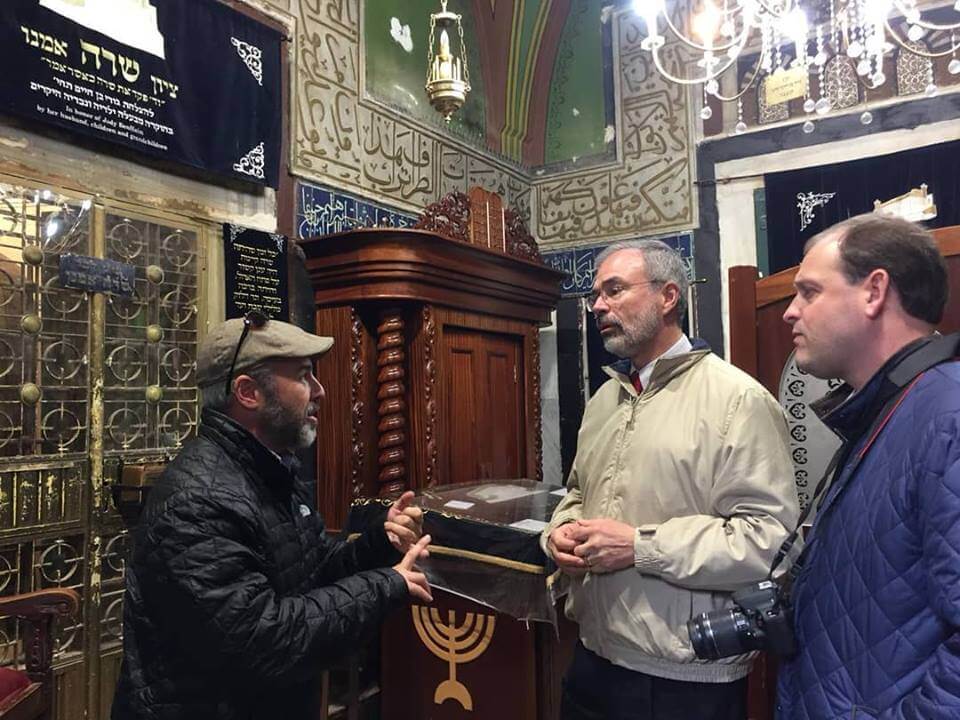 Two representatives from the United States congress visited Hebron to see the situation in Israel their own eyes. Rep. Andy Harris (R-MD) and Rep.Andy Barr (R-KY) toured the city of the founding fathers and mothers with spokesman Yishai Fleisher.

“They were shown the small size of the Jewish community compared to the massive Arab side of the city,” Fleisher stated. “They really understood the 3,800-year-old Jewish connection to the city. Jews are indigenous to this region and connected to Hebron” Fleisher added.

Rep. Barr, who noted there is a Hebron in his home state of Kentucky, as well as a Mount Tabor street in his hometown of Lexington. “There’s a lot of Biblical names that have been adopted as cities and places in the United States which underscores the common bond that we have,” the congressman stated.

Rep. Harris, who serves of the House Appropriations Committee, also praised the community and noted the importance of a strong Israel to the United States and to Middle East stability.

The same week political commentator Alan Keyes was also in the city. The former U.S. Ambassador to the United Nations Economic and Social Council visited the Tomb of Machpela, the Hebron observation post and other historic and strategic locations throughout the city.